I just stumbled upon a very interesting article from the epoch times that talks about an ancient civilization that once lived on Antarctica. There is an archeologist William James Veall who designs unmanned aerial vehicles for surveying inaccessible areas. And he uses these drones in hopes of discovering lost civilizations as well as many other things. And William calls himself a satellite archaeologist. And lately he has been making a name for himself because he claims that he has proof that there was once an ancient civilization that lived on Antarctica. One day while William was flying drones over this frozen continent he saw what he thought was a large human head sculpted into the terrain, and he was just blown away by this so he started looking for more. And over the years he believes that he has found many other massive human made sculptures. But other archeologist say that these images are nothing more than natural formations, and that could very well be true. But William doesn’t believe that, he recently told a journalist that he has spent more than 40 years in the field and he has studied and analyzed many man-made and natural made formations. And he thinks that these were made by man. 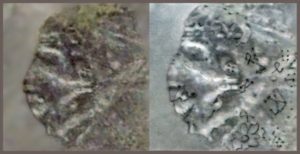 Now if this is true then this would probably be one of the biggest discoveries in centuries. But it’s very hard to believe that at one time in our past humans found, lived and thrived in this region. Even today nobody lives there. Yes there are researchers that come and go like the space station but no one officially lives there, it’s just too harsh of a climate. So to think that a human civilization thousands of years ago were able to do what we still can’t do today, well at least not without support from the outside, is just highly unlikely. So if these sculptures are real and it wasn’t made by humans, well then who made them? Now Antarctica has been covered in ice for 35 million years, it is basically a 35 million year old-time capsule. And if there was another non human civilization that once lived on earth millions of years ago Antarctica would be the best place for us to find evidence of this. And also Antarctica had the perfect climate for 100 million years, so there must be tons of world-changing discovers just waiting for us underneath the antarctic Ice.

Now this satellite archeologist is not the only one, there have been many interesting photos taken over the years. Some of the most famous are these images that look like pyramid’s. And these alleged pyramids look very similar to that of the Egyptian pyramids. Now there are many theories about who once lived on Antarctica. Some believe that if this is true then it had to have been another intelligent life form. Because the oldest hominids, our ancient cousins only appeared on earth about 6 million years ago. And in order for a civilization to have thrived in Antarctica it had to have been between 35 million to 135 million years ago, because that’s when Antarctica was not covered in ice.

Another theory is, is that Antarctica has only been frozen for the past 8 to 12,000 years. And once it started to freeze this human civilization migrated to Africa, “Egypt”, and maybe even the America’s. It is also believed that there is strong evidence that some of the Egyptian pyramids are about 10,000 years old. And there are places in America such as the Grand Canyon that were once inhabited by the Egyptians. But maybe they were not inhabited by the Egyptians, they were inhabited by the people who left Antarctica. And before they left the decided to split up to ensure their civilizations chances of survival. Makes sense to me. And also the latitude between the Great Pyramid and the Grand Canyon is very close. Maybe they felt that they had to get to a certain point in the northern hemisphere because they feared that the ice was going to follow them. Then we have another interesting theory and that is that humans or us Homo Sapiens have been around for millions and millions of years. And there is actually some amazing evidence to back this up as there have been human footprints found right next to dinosaur tracks. And there are many archeologists and scientist that’s say there is just no way that these could be fake. And dinosaurs were roaming the earth when Antarctica was a beautiful place to live.

Now because of all these mind-blowing theories about Antarctica and our past it makes me want to just dig into this mystery deeper and see what else I can find. And just maybe these satellite images could be real evidence that at one time in the past there was another intelligent species that once lived on this planet. Or maybe there was a pole shift about 10,000 years ago, and this pole shift also caused the great flood. Basically every civilization on earth has a legend about a great flood, it’s not just something from the bible. Or maybe us Homo Sapiens are heck of a lot older than what we think.

Now whatever the case maybe, under the ice of Antarctica might lie the secrets that we, the human race have been seeking for a very, very long time.