Today I felt like covering some more awesome giant mysteries cause you all know how much I love covering this subject. A couple of weeks back my good buddy Terry informed me on my Facebook page about another very interesting story. And I am sure some of you have already heard about this. According to ufoholic.com as well as many other paranormal websites there is a whistle blower named Corey who had just recently come forward with a pretty crazy story. Corey claims that he has or had been working for the government or what many like to call the shadow government for about 20 years. And during this time period he has been informed and seen some pretty amazing things that are being kept hidden from us. And one of these involves an ancient race of giants that are sleeping or being kept in suspended animation in crystal chambers throughout the world. And According to this whistle blower these chambers were constructed by an Ancient Builder Race, and these giants within these chambers learned how to use these technology in order to keep their species alive, so they didn’t actually build it themselves. And he also stated that this tech is so advanced that not even the extraterrestrials that our government knows about posses this capability. Now of course I am very skeptical about all this, as this is one crazy story and the video that went viral about a year ago looks a little hoaxy to me. But there are some things that Cory has said that I do find extremely interesting. 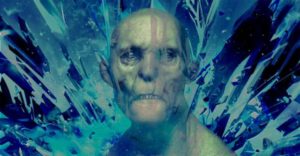 One is that these giants have red hair, and if you have watched any of my previous videos about giants you would know that all throughout the Americas tribes have legends passed down for eons about giants that had red hair. And the other is that Corey says that in the early 19th century somebody found one of these chambers within the United States and a secret society found out about this discovery and instead of telling the world they kept it a secret. Either they were afraid to tell man kind or they wanted this technology all for themselves. And here is where things get even more interesting. Not to long after whoever it was that found this underground chamber filled with red hair, red bearded giants people started finding giant bones all throughout the United States. And every time somebody came forward these bones would just magically disappear. Now could this be the reason for the cover up, maybe the government was afraid that if the world new about this ancient race or ancient giant human like species we would eventually find out about our past and this ancient highly advanced technology, and this is something that they, the powers that be want to keep hidden from us at all cost. Now Corey said that these secret society members would write their names on a wall within this chamber. And he claimed that he had actually seen Abraham Lincolns name there. And Abraham Lincoln did say something rather strange in a speech in 1848 while visiting Niagara falls. Mr. Lincoln said “The eyes of that species of extinct giants, whose bones fill the mounds of America, have gazed on Niagara, as ours do now.” Now some believe that he was referring to woolly mammoths, but to me that doesn’t make any sense as woolly mammoths wouldn’t have been able to appreciate the beauty of Niagara falls. And I do believe that is what Abraham Lincoln was trying to say. And also why the heck would he be talking about woolly mammoths. So I do find these words coming from a very righteous president very interesting. And in the past giant bones have been allegedly found in ancient burial mounds all throughout the United States.

Now if this is all true and Abraham Lincoln was a member of this secret society I believe that he might have felt a little bit guilty. As he was part of this elite group that was keeping this world changing information from us. And I personally do believe that it is possible that there could have been an ancient race of red hair giants. As we have just way to many legends and stories about them. Such as the bible, the native Americans, the Inuit of Canada, the tribes of south and central America and just all throughout the world basically. But there does seem to be different races or species of these giants. Some are said to be 15 to 30 feet tall, some are said to have 6 fingers, 6 toes and 2 rows of teeth and some are part of an extremely highly advanced civilization. But the red hair giants of the Americas don’t really fit that description. They seem to be more like us except that they were 8 to 10 feet tall. And remember according to legend the native Americans did kick there asses with bows and arrows, so they couldn’t have been that advanced. So it does make me wonder if these 15 to 30 foot tall giants were the ones that possessed 6 fingers, six toes, 2 sets of teeth, extreme intelligence and they were the ancient builders and they interbreed with us humans resulting in these other smaller, lesser intelligent red hair giants and some times these giants did display genes of their fathers. As I have heard some very rare cases that they did possess two rows of teeth or six fingers or six toes. But it is extremely rare. And maybe the red hair giants are the nephilim that the bible talks about as they still would be extremely physically powerful. Now there are still so many unanswered questions so many links that still need to be connected. But if there was only one mind blowing, world changing discovery within this world that might just be true I believe that this would be the one.