There are just so many great paranormal cases that come out of Africa. While I was researching looking for good paranormal stories like I do I stumbled upon another very interesting case that is occurring right now. And since my video about the African shapeshifter almost went viral I figured I would cover this one as well as I also find these cases to be extremely interesting. Over the past couple of weeks in Malawi, Africa the police have been receiving some very strange calls about vampires, or in their own words “blood suckers” and these blood suckers were attacking people trying to drink their blood while they were sleeping. And the police were just receiving so many calls about these vampires that they came out with a statement saying that rumors of blood suckers have been here in these lands since the beginning of time. But still to this day not one case has ever been proven. Now this statement really made most of the people who live here very upset as they felt that the police were not taking them seriously. So the citizens gathered into an angry mob and they attacked the police chiefs house. 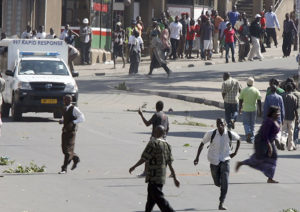 So there is no doubt, most of the people who live here believe in these vampires, although according to reports they don’t kill you like western vampires do. They just break into your house in the middle of the night and suck your blood. Which is still very terrifying. Now after this angry mob attacked the chief’s house they decided to come out with another statement that yet again did not make the people happy. The police stated that currently nobody has died for being sucked of blood. People have just created this story to breed fear among the communities. We would like to assure our residents that they are protected and that we are investigating every single case so we can try to find the root cause of this mystery and finally get to the bottom of what is really causing this. One interesting case happened one morning when a women went to the hospital claiming that a blood sucker broke into her house while she was sleeping and it started to suck her blood. And after she said that the whole hospital went crazy, they started to panic. And shortly after riots started to break out.

Even the united nations had to pull its staff out of 2 districts as things were just getting way out of control. Then the president came out with a statement that kind of contradicted the police chiefs statement as the president basically told these vampires that they needed to stop attacking people. And he also told the village chiefs that they needed to crack down on witchcraft. Now before we say that this is all just another case of mass hysteria there is a lot of witchcraft that does go on here in this region. And in order to complete some of these spells or whatever they have to drink human blood. So some of these stories could be true, just not necessarily supernatural beings. Or maybe after thousands of years of practicing witchcraft maybe some, a chosen few have learned to unlock something within, something paranormal as many of these eye witnesses claim that not only were they sucking their blood but when they got caught or seen doing this they were able to escape by shape shifting. And so far 6 people have died by vampire hunters, making this a very disturbing case. And one I am keeping a very close eye on. 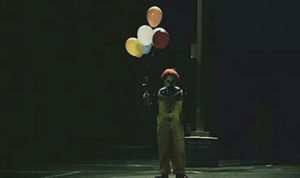 Another thing that I wanted to talk about today is about this time last year there was a phantom clown epidemic. Were evil looking clowns were seen in just random places. Like in the middle of the forest or on the side of a rarely traveled highway. And as these sightings escalated people started to get really scared. It even spread to Canada and parts of Europe. And not that long ago the Pennsylvania State Police issued a warning stating that they are anticipating another phantom clown epidemic. So they wanted to warn the residents of Pennsylvania and for them to call the police if they saw any creepy clowns. Now it’s getting close to Halloween but I have not heard of any sightings as of yet. But just in case it might be a good idea to carry some mace or some sort of protection because you never know what might be lurking in the darkness.