There are many paranormal stories coming from Mount Shasta. And I have covered some of these before but one of the most famous and intriguing cases happened in the early years of the 20th century. And it involves gold, giants, and an ancient underground city. In 1904 a geologist and treasure hunter J.C. Brown was hired by a mining company to hunt for gold in Northern California. And during his explorations of the wilderness he claimed to have come across a rock fall at the base of a cliff at Mount Shasta. So he suspected that there must be something buried underneath it. So he started to dig and clear away all the rocks and all the rubble. And once he was done Mr. Brown uncovered a huge mysterious tunnel of very unusual dimensions. The passage of this tunnel was 10 feet high and seven feet wide. And it also curved downwards into the interior of the earth. So of course extremely curious and extremely excited he decided to go check it out. And he kind of got this feeling that there must be something of great importance at the end of this tunnel. And he was right, once he reached the bottom he saw something that just blew his mind. He claimed to have entered and underground city that was filled with ancient machinery, tons of relics and even gold treasures. And he believed after fully investigating this amazing place that it was also an ancient mining operation. And he knew that this could not have been done by modern humans, it was just way to advanced. 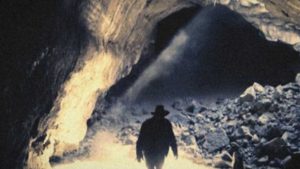 And amongst these treasures Brown claimed to have found golden tablets and plates. And they were inscribed with very strange-looking hieroglyphics. He also found very unusual looking spears that could somehow bend them selves back into shape, and that they were almost impossible to break. He also described some sort of worship room containing huge statues that eerily glowed in the dark. And within this room they were solar symbols all over the walls. But one of the most intriguing claims coming from Mr. Brown was that he found a chamber filled with giant skeletons. The smallest of these were about 7 feet tall and the tallest were about 11 feet tall. And in another chamber beyond this room there was a deceased but very well-preserved man and a women. And he stated that this man and women were dressed in very fine clothing. And he believed that they were the king and queen. And he also said that they too were also giants. Now I am guessing that this well-preserved man and women must have looked just like us because he never stated that they were aliens or a different species, just that they were giants.

Now when Brown came back to the surface he reburied the tunnel. And the following decades of his life is shrouded in mystery. Now it is believed that he came back to this underground city many times but started to become increasingly paranoid and secretive. He also stated that he did show his close friends and family this location. But shortly after he regretted showing them as he believed that they were going to betray him. But eventually every single person that Mr. Brown did show or tell died in very freak accidents and just un timely deaths. So he started to believe that this place was cursed. But for some unknown reason he was sparred.

Now during his isolated years Brown became obsessed with James Churchward’s books on the lost continent of Mu. And after a lot of research he was positive that he had discovered evidence of a lost race of prehistoric giants who inhabited California in ancient times. And that they were destroyed in a catastrophic flood. And that these ancient people and this underground city was in fact a lost link in the story of our history and our civilization. Then at the ripe old age of 79, in 1934, J.C. Brown went to Stockton in California to recruit a party of explorers. Because he wanted to show the world the truth, he wanted people to know about our real history. And it didn’t take him to long to get about 80 people together. But on the night before they were suppose to leave on this life changing, world-changing expedition he mysteriously vanished and he was never seen again. Making many believe that foul play was involved and that somebody did not want this truth to get out. And still to this day people search for this tunnel but nobody has ever been able to find it. And there have been some claims but they have all turned out to be false. 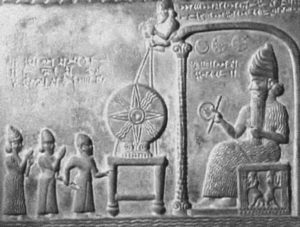 Now Some people believe that these ancient people still live in this location and that they are the Lemurians. Lemuria is believed to have existed some time in our past and that their homeland was destroyed. And then they moved into the Hollow Earth or maybe they always lived in the Hollow Earth. There are many theories, but according to my research I don’t think that these ancient giants or their underground cities are connected at all to these Lemurians, at least not the same people. As they seem to have superior intellect and techknowledgey. And they are said to be responsible for all, or most of the UFO sightings within the Mount Shasta region. And I kind of see them more as divine like beings.

One of the first encounters with these Lemurians happened to a teenager named Oliver. And I have covered this before in my last Mount Shasta video so I will cover just the basics of this case real quick for those that have not seen it. During the summer of 1883 Oliver was helping his family mark boundaries near Mount Shasta for their mining camp. And while he was working he began to shake an convulse. It seemed like his hand was trying to write something down. And Oliver was really scared by this so he ran home. And his mother also saw that his hand was trying to write something. So she grabbed a pen and a piece of paper and Oliver unwillingly started to write. And after a couple of minutes Oliver’s hand and his trance like state stopped. And he did in fact write something rather strange on that piece of paper. Now over the next couple of years Oliver would on and off enter these trance like states until what he was writing was finally finished. And his writing revealed a book that he later called “The Existence Of The Secret Lemurian City And Their History”.

Now this book described a race of very intelligent beings that live within Mount Shasta. And Oliver believed that these beings chose him to be their messenger and he also claimed to have actually seen their city that lies deep within the mountain. And according to Oliver it is a sight to behold. And he also said that he saw many cigar-shaped UFO’s, or in his own words “air ships”. And that these air ships were capable of flying at incredible fast speeds. Now a lot of people believed that Oliver and this book was nothing more than a hoax. But this book was very ground breaking for its time because it talked about quantum mechanics, anti gravity, mass transit, zero point energy which Oliver called dark side energy. And Oliver was only a teenager at the time with no real education. There is just no way that he could know about these things. Making this a very interesting case. Now Mount Shasta is indeed a hot spot for all sorts of paranormal activity and if you haven’t watched my first video I would highly recommend to go check that out as it covers a lot more very awesome, very interesting paranormal cases.