Dr. Eben Alexander was your typical super intelligent skeptic. Not only is he a Harvard grad but he is also a brain surgeon. One thing I have noticed in all things, not just life after death is the more smarter the person is in terms of IQ the more skeptical they are with just about everything. Making this case one of my favorites.

Dr. Alexander was in a coma for 7 days caused by severe bacterial meningitis. During his coma he says he experienced the afterlife. He knew that what he was experiencing was the real world. He stated that life on earth was more like an artificial dream compared to the after life. He also said that life on earth is a test, an ongoing evolution with the soul. While Dr Alexander was experiencing the afterlife all he felt was love, it was love in its purest forum. He also said that all communication was telepathic and everything was connected. 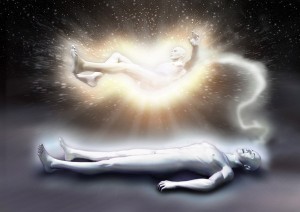 Against all odds Dr Eben Alexander survived and returned back to his body. The first thing he did was tell the world that the afterlife exist. He eventually wrote a New York times best seller called “Proof Of Heaven”. Even the skeptics say that if there is any proof out there of the afterlife Dr. Eben Alexander’s experience is the best that they have ever heard.

Now There are hundreds of well documented reports that match DR. Eben Alexander experiences 100 percent. This is the afterlife experience we know as heaven.

Howard Storm was an atheist, he hated when people would talk about religion. He did not belive in the afterlife. Soon his accepted theory’s of life would all change. Howard was on his death bed do to a punctured stomach. One day he was visited by some unknown shapeless, hazy looking beings. They told Howard to come with them.

These shapeless and hazy beings were very nice, very warm and extremely convincing. As Howard was walking with these beings he started to notice that they started to get a little vicious, then they started to attack him. They started hitting him and ripping off his flesh. Howard was screaming for his life. Howard did something that he thought he would never do, he started to prey.

And he believes Jesus heard his prayers and saved him from these creatures. Howard also against the odds got better and lived to tell his story. Once fully recovered he told the world what happened to him. And Howard is now a minister of the United Church Of Christ.

Howard’s story is extremely similar to pretty much all the reports from these people who have said that they have been to hell. In most reports these people are tricked into following these shapeless, blurry creatures, then they start to get violent and drag them to hell. In some cases they are vicious right away. Each and every year thousands of people say that they have experienced the afterlife. Some go to hell and some go to heaven.

The thing that shocks me is the simulairty of the story’s as well as these people are 100 percent convinced that what they experienced was real, and no one can convince them otherwise.