Now there are thousands of Bigfoot believers throughout the world and even some skeptics believe that it could be possible that an unknown bi pedal ape like creature could exist in Europe, Asia and even the Americas considering that there was once a huge ape that did exist not that long ago at one time in our past. As bones have been found in China, India and Vietnam. And just maybe it or something related to it did cross the land bridge into the Americas as well as travel to eastern Europe sometime in our distance past. But even most Bigfoot believers laugh at the idea of a huge ape like creature living in Britain. But strangely enough there are some very interesting sightings. Not that long ago a man contacted a mysterious universe reporter and author Nick Redfern about a sighting that he had in a place famously known as roll right stones. According to this eye-witness while he was in the vicinity of this ancient stone formation, he saw something that he just couldn’t believe, he saw a creature that looked exactly like Bigfoot. This man claims that it was 7 to 8 feet tall, it had long silver grayish hair that covered its entire body and it was walking very quickly, like it was on a mission. And while this creature was walking with great haste it looked right at him. Then it just disappeared, like he just blinked and it was gone. Now most people believe that encounters like these are nothing more than miss identification, or simply a lie. But oddly enough there are a lot of sightings of Bigfoot in the United Kingdom.

Another encounter happened in August of 2017 when a man was walking in the woods when all a sudden he heard the cry of an animal. And it sounded like this animal was in great distress. So right away this man wanted to see if he could help it so deeper into the forest he went. And while he was trying to find this animal he felt as if something was watching him. So he turned around and to his shock and surprise he saw a very large dark figure just looking right at him through the trees. And he knew right away that this thing was not human. It was about 6 to 7 feet tall and completely black from head to toe. But this man wasn’t that scared. He was more curious as to what this animal was. And it seemed to him that this creature was also curious as to what he was and they kind of just stared at each other for a short period of time before he slowly walked away. And not to long after this encounter he did some research and uncovered that he wasn’t the only one to come face to face with a Bigfoot in this location. And he told a journalist about his encounter.

Now this next case happened in 1890 in a small town in England. One warm spring afternoon some women were playing golf when all a sudden a wild man came out from the tree line and started to approach the ladies. And the ladies were just terrified by what they were looking at. So they just started to run and scream their pretty little heads off. And while they were running away this man or creature was making some very odd noises. And they said that it was able to jump very high and it was also able to move very fast. But as the women were getting just more and more hysterical this man or whatever it was decided to stop pursuing them and it ran back into the woods. Now these terrified women went straight to the police and shortly after most people within this little town went looking for this so-called wild man. And while they were walking through the dark woods they started to notice some very strange lights in the distance. And as they followed them hopping it would lead them to this person they saw that these lights kept moving. And they were moving in a very eerie and unnatural way. And they could never actually reach them. And this kind of sacred the men so they decided to call it a night. And they also started to wonder if maybe these women were just making up stories or making a big fuss about nothing.

Then the next day yet again some women at the golf course came face to face with this creature. And these women were hysterical just like the others and they ran as fast as they could to the clubhouse and told the men within what they had just encountered. And everybody within this town already knew about the wild man sighting that just happened the day before so these men were very eager to try to get to the bottom of this. And shortly after leaving the clubhouse they too saw him. And these men stated that they were trying to catch him but this thing was just way to fast for them. And once it got back into the woods it started to swing from branch to branch and it was just extremely agile and there was just no way that these men were able to catch it or even track it for that matter. They also said that it moved very similar to that of a monkey and it also had hair all over its body. But these eye witnesses stated that it clearly wasn’t a monkey, it was a man or so they thought. 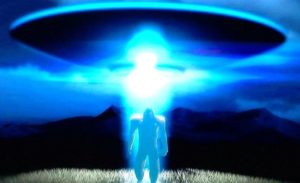 And over the next couple of days there were a lot more sightings. A couple of men on different occasions some him bathing in the river but once it realized it was spotted it jumped back into the thickness of the forest. Then it was spotted in the town’s water supply and this made the people very, very mad so they decided to get another party together and try to finally hunt this thing down. But after a long search they were not able to find him but they did find something that is very shocking to modern-day Bigfoot hunters. They found this hut, or what they called a hut at the time. And this is an actual picture of it. And these type of structures are found all through out the world. And many believe that this is a Bigfoot bed or some sort of territorial thing Bigfoot does. And there always found in locations where Bigfoot sightings are high. Making this one very interesting case. Now in the end they were never able caught this creature. And at the time they simply believed that it was a man, but a wild man who just lived in the woods.

But going over the evidence today some believe that this is undeniable proof of a Bigfoot like creature in Britain. No man could move like that or swing from tree to tree like a monkey without eventually being caught. And that brings me to another point, how comes nobody was ever able to catch this creature. It’s as if it appeared for about a week or so and then just disappeared. And this happens all the time in Bigfoot cases were there are mass sightings, then just like that it just seems to disappears. Giving some credibility to the inter dimensional or alien theory. Now it makes sense that a Bigfoot would be able to hide in America but not in England, this thing should have been spotted again. And another interesting thing is most of these sightings do seem to happen near ancient rock circle structures. Giving us something else to think about.

Now here is a map of all the Bigfoot sightings that have happened in the United Kingdom over the past century. So it appears that Britain is also a hot spot for Bigfoot, which is really just mind-blowing. And there are a lot more sightings within this region that I do want to cover. So maybe I will make a part 2 to this if you want me to and please let me know your thoughts in the comments below. Do you think a Bigfoot could actually live in Britain?