Today I want to cover one of the most strangest alien encounters. I did cover this briefly in a past video but I wanted to cover it again for all my subscribers and viewers that have never heard about this out of this world encounter. One early morning in July of 1968 a bow hunter by the name of Jennings Frederick a United States Air Force veteran was hunting in West Virginia. And while he was hunting he heard a very unusual high pitch sound, And when he looked in the direction where this sound was coming from he claimed that he saw the most strangest looking creature moving towards him. He said that this creature had semi human facial features, yellow slanted eyes, long ears, very tiny arms and it’s body was slender and green. Basically it looked like a walking vegetable. And while he was staring at this creature in complete shock it started to talk to him, but it wasn’t talking in English but yet somehow Frederick could understand what it was saying. And it said. “You need not fear me, I wish to communicate with you, I come as a friend, we know of you all, I come in peace, I need medical assistance, I need your help. 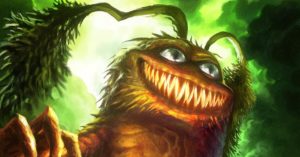 Then right after this creature said that it touched Frederick’s arm with its thorny fingers and it started to suck his blood. And this was very painful but Frederick couldn’t do anything about it, it was like he was paralyzed, he just couldn’t move. And while this creature was sucking out his blood through its fingers Frederick noticed that it started to change. It appeared that his blood was capable of healing this creature. Then about 2 minutes later it was done, and it turned around and ran away at incredible fast speeds. And it was also capable of jumping extremely high as if it could deify earths gravity. Then it jumped over a hill and disappeared from sight. And once it was gone Frederick finally snapped out of his hypnotized like state and he just started to panic. And while he was running back to civilization as fast as he could he heard a very loud humming noise coming from behind him.

And he believed that this humming noise was some sort of air craft. Now once Frederick made it all the way back home he decided not to tell anybody about this because he knew that people would think that he was completely nuts. But as time went by he started to feel the need to tell someone, he wanted some answers. And about 10 years later in 1978 he told the world his story. And of course most people thought that Frederick was completely nuts, or just making up stories. But there are also lot of people who truly believe that Frederick was telling the truth. And if this is a hoax there is no doubt that Frederick has one heck of an imagination because this is one of the most strangest alien encounters that I have ever of, and I have my fair share.

In other alien and UFO news last week I released a video about all these flying humanoid sightings that have been going on throughout the world recently. And just a couple of days after I posted that video there was another sighting in Texas. And a lot of people saw this thing just cruising through the sky. One eye-witness stated that he had no idea what this was, but it really freaked him out. Another one told a reporter that there was just no way that this was a balloon because it was staying at the exact same elevation. And also because it just didn’t move like a balloon. Some said that it was a floating tower. Now that is a very interesting statement because in the paranormal community people have been saying that all these Humanoid looking UFO sightings is actually the black knight satellite.

And for those that don’t know what the black knight satellite is some say that there is a satellite of unknown origin that has been orbiting earth for thousands and thousands of years. And to give some credibility to this theory in 1954, a man named Donald Keyhoe told newspapers that the U.S. Air Force had reported that they had detected two satellites orbiting Earth. But at that time no country in the world had the technology to actually launch a satellite. And maybe in a later video I might cover the black knight satellite in more detail. And I am not sure why this alleged alien satellite would look like a human, but that does give us something to think about. Now when you watch this video closely it does kind of looks like a person just walking in the sky. Then there was also another identical sighting in Florida. Now this is kind of mind-blowing because we now have 5 identical sightings within less than a month from all across the world. And another theory is that these are top-secret military drones. But I don’t really agree with that theory because I don’t think that the government would fly a top-secret military drone in broad daylight. And they also probably wouldn’t fly one over other countries violating their air space. Now I get the feeling that this mystery is only going to escalate more. And I am very curious to know what do you guys think this is? Please let me know your thoughts in the comments below.

1
SHARES
FacebookTwitter
« The Strange Tale Of The Gurning Man
Stop Spying On Us You Pesky Aliens! »