When I first heard this story I knew I had to make a video about it, it’s just so unbelievable. Now since it is starting to get a little cold outside I figured it’s a perfect time to let my subscribers know about a women named Jean, and the amazing story that she has to tell.

On December 20, 1980 during a very cold morning in Minnesota a man came outside to get a nice breath of fresh air when he saw a young girl frozen solid in his yard. He soon realized that this was Jean, his 19 year old neighbor. He started to panic and called 911. The previous night Jean crashed her car right in front of her house after sliding on some ice. Jean was trying desperately to reach her neighbor’s house for help. The temperature that night was twenty five degrees below zero. 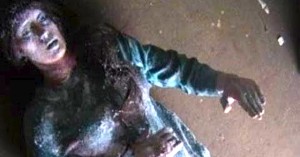 Jean was rushed to the hospital. One of the nurses said that she was so cold that it was like reaching into a freezer. Jeans face was white as snow. The doctors and nurses thought for sure that she was dead. But when they hooked her up to the monitor she did have a very faint pulse. Jean was severely frost bitten, none of her limbs could even bend or move.

The doctors were convinced that there was just no way Jean was going to survive this. Once the word got out about Jeans condition Jeans family, friends and even her preacher started to prey. In total more than 30 people were praying for Jean as everyone knew the odds against her were enormous. Later that day Jean started having very violent convulsions, this was a good sign. The doctors knew that even if Jean miraculously came back she was going to have serious brain damage. Not to long after these violent convulsions started happening Jean regained consciousness and right away she started talking, she was wondering what the heck was going on.

The doctors could not believe what they were witnessing, no one in recorded history has ever come back after being frozen solid for so long. It did take Jean a little while to fully recover but after 49 days Jean left the hospital with only minor scars, even her severe frostbite miraculously disappeared. Making this one of the most miraculous recoveries of all time.

Now since we are on this subject there is another very similar case that defies all odds and had the scientific community stunned. March, 1984, a fishing boat sank off the coast of Ice land with 5 men on board. 3 men were able to get onto the life raft but that sank 45 minutes later and all 3 men died. The other 2 had no other option and they decided to swim back to land. About 5 minutes later there was only one survivor left. The temperature was negative 2 degrees and the water was negative 6 degrees. Now because it was so cold the other 4 men only lasted about 5 minutes in the water before they died. But the lone survivor was somehow able to swim in this freezing cold water for 6 hours until he made it to land. He was wearing nothing more than jeans, a t-shirt and a common sweater.

This story was so miraculous that it got very famous and scientist started running all kinds of test on this man, and they came to the conclusion that because this man is a little over weight and possessed a lot of fat he was able to survive the cold. But a lot of scientist believe something more is going on here. Could all overweight men swim 6 hours in freezing cold water and survive, and the answer is no, they can’t. Some human beings seem to be able to fight off freezing cold weather, like some are able to resist plagues and diseases.

No doctor would have ever believed a man could swim in freezing cold water for 6 hours, or believe that once frozen solid come back to life with no real damage. The human body holds so many amazing mind blowing mystery’s and we are just now barley starting to scratch the surface. Making us all wonder what secrets some of us human beings do possess.