Yesterday I did my first paranormal junkie face reveal on my patreon page and it had a big watermark throughout the whole video that I did not see at the time. So Thank you camtasia for the fake free trial. And the video is nothing special just me being me for a couple of minutes. Now I plan to have at least 2 videos done a week on my patreon page and these are not going to be the same professional videos like here. There are going to be a lot more different a lot more fun, and a lot more easier to make because There all going to be done be done via webcam, and I am still learning this whole webcam thing so please give me some time and hopefully some tips. Plus I’m going to have many other goodies from discounts on merchandise to polls to one on one email conversation and many, many more. So my patreon page is officially up and running now and will be forever. And we are going to have some good times and talk about some real fun stuff, not just the paranormal. 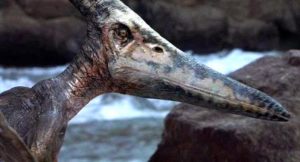 I might want to make a video about that cute girl who lives down the street who I think might just be a vampire. you know fun stuff like that. whatever I feel like talking about. Now I also wanted to thank you guys for buying up to $200 dollars worth of my t-shirts. But many of my subscribers were kind of upset because they were only on sale for 24 hours and the discount link was wrong. So this time I will be giving everybody $5 dollars off for the next 48 hours with the discount code. And all other future discounts will be for patreons only. And also one thing I would like to point out is some of my shirts will be limited, they will never be sold again. And if you mail them to me I will sign them. And hopefully in 100 years or so they might be worth an extra 3 bucks. Now I know I am ranting a bit in this video but I needed to get some stuff off my chest so we can finally continue on with this monster video as well as my future ones as I do plan on October being a huge month. And once my income comes back, and it will, I will finally go full-time YouTube. I have never really went full-time YouTube. Some months have been close but still not full-time.

Now In the past we have talked a lot about flying monsters and pterodactyls in my previous videos and thanks to Nick Redfern from mysteriousuniverse.org I have just uncovered another amazing mass sighting and this time in the U.K. Imagine driving home one night across the foggy moors of England when all a sudden you see a huge featherless bird flying right above your car. And it appears that this bird is on fire or could maybe breathe fire kind of like a dragon. But it didn’t look like a dragon, it just looked like a huge bird. Something from the Jurassic period. And of course these people were scared out of their minds and they all saw this bird very closely and they said to themselves that it looked exactly like a pterodactyl or a Pterosaur. And this once in a lifetime sighting stuck with them for the rest of their lives. And still to this day they head out to this spooky location and look for this ancient featherless bird.

Now during 1977, 1983 and even today this giant bird or birds or whatever they are have been seen in and around this exact same location “the devils punch bowel” in England. Another encounter took place right next to this area on September in 1982 by a man named William. William was taking his morning hike when all a sudden he saw a huge featherless bird flying right above him. He stated that this bird was just massive and it looked exactly like a flying dinosaur. He also went on to saw that its skin was like leather and that it’s wing span was enormous. And that it was also making a very strange sound. Then just 72 hours later a women named Jean had also seen this huge flying monster and yet again right next to the devils bunch bowel. And this sighting was very interesting because Jean was convinced that this massive odd-looking bird was going to crash into an airplane because it was heading right towards the airport. 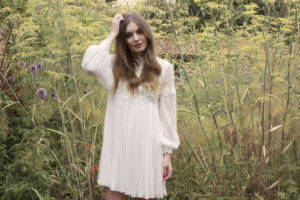 So she called the police and the media got a hold of this story just freaking everybody out. And after this segment aired they got a lot of calls coming from people saying that they too had seen this bird. Some of them even claimed that they have been seeing these birds for years. Now after the media released this story and with so many eye witnesses now coming forward this created a mass panic and people from all over the place went to this location in hopes of finding whatever this was. Then not to long after this hysteria started to die down a bit a man named Richard who was also taking his normal morning hike through the devils punch bowel with his dog claimed that he had been dived bombed by this bird. Leaving him and his dog lying on the floor screaming for their lives. Richard also went on to say that once he got a good look at this monster he knew that it was a pterodactyl or something very similar and that it just shouldn’t exist in this day and age. Then another women came face to face with this flying beast and she said that as it flew over her it was making a very strange gargling sound.

Now after all these sightings during the late 70’s and early 80’s made a lot of people wonder what exactly was this thing. Some say that it was a remote control of a bird. But every single one of these eye witnesses dismissed this theory. they said that there was just no way that this monster could have been something mechanical. They said that this was a real, living, breathing animal that looked like it came right out of the ashes of time. And there are still sightings going on to this very day but they are a lot rarer then they use to be. And a lot of people are still looking or trying to catch this thing to prove to the world that these birds do exist. And also there are a lot more sightings going on all the time of birds that look just like this. they are known as the Ropen. And they are mainly seen throughout South America and Africa. And the Ropen looks exactly like a Pterosaur with the exception that it can glow at night. But this mass sighting that happened in England got me thinking about the devils punch bowel. Could this spooky location still be a place were monsters still exist to this very day.

One thought on “The Flying Monsters Of England”